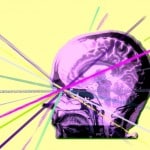 A lady wrote to me about her Brain Stare experience she had read the blog, but didn’t believe it fully.
Here is how the story goes (yes I have permission to share).

On Friday I was having suicidal and self harm thoughts; I wasn’t making plans to end it all, but nevertheless the thoughts were there, just coursing a long, which wasn’t pleasant even if i wasn’t going to act on them. Self harm is something I’ve not done in years, either, but it doesn’t mean that it doesn’t come to mind sometimes (more often than I’d like), like Friday.

It’s true that the past is over, but what’s scary is if the past was bad, and the future looks just like the past. That is not a good situation to feel you are in; it doesn’t leave you with many options.

I couldn’t stop myself thinking, and nothing I did made me feel any better, and it felt like I was bouncing between my thoughts, all of which were making me feel worse and worse. I have trained in various modalities, and none of them seemed to work on Friday. In desperation I also tried self medicating with prescription, non prescription medication, including painkillers, herbs. Nothing in that I tried helped, either.

So, in desperation I tried Brain Staring. I did not really know what to treat – it is not like I had just one incident I could focus on and say that was the cause of my problems, there were lots of things I could try and work on, but nothing that was obviously the cause of my problems, as I just felt bad and the future looked bad, too. The future being bleak was the very worst aspect of it all . I did not need to focus in on how I was feeling, as I was feeling it so strongly. So I lay down on the settee, and looked around for where things felt better or worse. Top right felt better, and it seemed that the left was worse, bottom left seemed to be the worst of the worst, but not hugely so. I figured I would try the bottom left, and if it didn’t do anything, I could change.

I remembered it’s important to stare at something, so I found something on the floor to look at, I had plenty of choice (being untidy has it’s advantages), and positioned myself so that I could stare at a sock on the floor and turned the sound off on the telly, and turned so I couldn’t see it how I was sat. I didn’t turn the telly off because i felt so bad I didn’t want to be alone, and at least the telly was there to distract me if it hadn’t worked and I needed distracting.

I started staring, and slowly memories came to mind, and after a few minutes I started yawning a few times. Some of the memories did not seem at all traumatic to me, and other ones were not so good. But even the ones that weren’t good seemed to come and go and partway through focusing on them, they’d go, and I would have to think “what was I just thinking about”. They’d then bring up another memory. It seems that my brain wanted to work on things going back early, but it would sometimes leap about, ie bringing up more recent stuff, sometimes with no obvious links. After sometime, I thought about 10 minutes, I was getting a bit restless and couldn’t concentrate so much – I looked at the telly and found that the program I was watching had changed – surprisingly, over an hour had gone by. I think I might have been in an altered consciousness state.

After a break, I restarted my Brain staring, as I felt calmer. The distress was now less, perhaps 6/10, whereas when I started, I felt like a 10/10. I did another hour, and this took me up to early in the morning. I think I had dreams about what I had been working on. I was going to write about what had came up as I treated, as it seemed important at the time, but it doesn’t feel important now.

It was surprising that I remembered things I had completely forgotten, and which had not surfaced in other modalities. Also surprisingly was I ended up thinking about someone who was well-known, and who I had known of but not thought of in years and years since their death in fact when i saw it mentioned on telly. I googled their story, and found that their story served like a healing metaphor, and reinforced changes i had wanted to make, to get rid of stuff – opposites? His story was the opposite of what i wanted to change.

Today, I feel calmer. I still have other stuff left to work on, but whereas Friday I was feeling horrible, today I feel quite a lot better, and things are quieter, and today things have come up, lots of random memories just cropping up when i’m going about my day – they seem to come and go without processing. ”