Why HIV Is Not A Virus But An Auto Immune Disease

Why HIV Is Not A Virus , It’s An Autoimmune Disease . By Chris Milbank 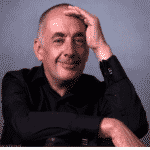 Some of you may be aware of my other Blogs re HIV and or AIDS . Before I have stated in my belief that HIV is mainly cellular debris from cell death and of course some proteins.
A Brief Summary
In February 2016 I became ill and was later diagnosed with HIV and many AIDS Infections. I refused the antivirals and other drug medications, and treated the infections of candida yeast syphillis salmonella typhi herpes mycoplasma and mycobacterium infections all naturally, in an alternative health way.
All my infections cleared, as they cleared I switched to cleansing my body, and I switched to using certain zeolites and binders to cleanse my blood and gut of debris. My HIV viral load level went down from 170,000 to 24,000 and my cd 4 count jumped from about 350 to 470 YAY.
Some 20 months later I switched to using Ozone treatments a gas I infuse rectally at home. This was making me feel absolutely great, but the viral load started to soar. At first I was thinking uh okay well I am just releasing inactivated HIV into the blood, the body will rid that in a few months, but four months later another rise and again another 4 months later. Now bearing in mind, I hadn’t had a cold in 12 months, and was healthier now than I had ever been in my life, walking 6 to 8 miles daily sleeping better stronger etc, my mortons neuromas cleared three types of arthritis in my feet cleared, gout went, all the aids symptoms gone night sweats gone, fatigue gone, all the infections gone, but HIV was rising. I had use chlorine dioxide, silver, ozone all very potent proven antivirals better than drugs, but HIV was still rising.
Well I had been very suspicious for a while that HIV was nothing more than cellular debris and proteins, either way I was 100% sure that HIV was not the cause of AIDS for a start I no longer was ill and was very very well and healthy and fit in every way. Well as the scientist Dr Eleni Papadopulos-Eleopulos says all she could see is cellular debris and some proteins and no evidence of any virus, whilst looking under the electron microscope. http://virusmyth.com/aids/hiv/cjinterviewep.htm
I later came across the work of Proffessor. Alfred Hässig an immuniologist. He scoffs at the whole HIV Virus guesswork. He notes that a number of different types of stress ie emotional psychological, trauma, toxin, pathogen infection and nutritional trigger cortisol releases. These releases create a lot of oxidative stress, and the immune system kicks in with auto antibodies. It is these same auto antibodies that the medical world are claiming to be the HIV antibodies they test for when claiming someone is either HIV positive or negative.
It is the continuous cortisol release triggering oxidative cellular damage and inflammation, that triggers an inflammatory immune response, this throws the balance of cd4 immune cells between TH1 and TH2 response out. The body makes less TH1 cd4 immune cells, and more TH2 CD4 Immune cells, these TH2 types then go down to the bone marrow where they trigger immune b cells, to make immune auto antibodies, which medics say are antibodies the a HIV Virus. Scientists dilute a blood sample to 1 in 400th to find the antibodies, if they kept diluting they would find everybody has them, but of course most at a lesser degree as they may have less stress ie less cortisol over production.
Now when we take a syphilis antibody test and other antibody tests for infectious disease, the higher amount of antibodies you have the healthier you are told is your immune system response to it, this is a good thing. Yet with HIV they say oh you have high antibodies to HIV you are badly infected. Scientists had to hide their bad science, to protect their budgets and their jobs. So they claim HIV as a virus works opposite. It’s complete horse radish of course. What is really happening, is that someone with HIGH so called HIV Viral Load, has high amount of auto antibodies attacking self.
You see how an auto immune disorder works, whether it’s a toxin, or you do not have enough anti oxidants in you to prevent oxidative stress ( this is like iron rusting and corroding, it’s damaging to your cells too) or you have high amounts of pathogens like viruses bacterial infections parasites etc in your cells, the immune system sends in immune cells to attack those cells kill them off they are badly damaged and need replacing. So this is why people get say thyroid problems, the body makes many auto antibodies to attack thyroid cells to remove say mercury or food intolerances like gluten etc from the thyroid cells, other auto immune disorders are diabetes the body attacking the pancreas, asthma the bronchial tubes etc.
Well a person with high levels of stress and for a long period, will have more cortisol being produced a stress hormone, this is great short term when under a stress attack, but long term, it causes damage, hence high antibodies, and more cellular damage and debris, which is found under an electron microscope.
Professor Alfred Hassig states that “Because the falsely interpreted “anti-HIV-antibodies” are not a defence mechanism against an infectious agent, a virus, but are autoimmune antibodies, all AIDS research at present and the resulting treatments are totally wrong. In earlier work I have described why a new retrovirus is not needed to explain the clinical picture called AIDS.” http://virusmyth.com/aids/hiv/mbhassig.htm

When you look at the evidence, and sum up my journey, I had aids because they said I had an HIV Virus, and many infections, today I am super fit healthy and well, and yet my so called HIV Virus is 120,000 viral load higher than at it’s highest before, my cd 4 count is lower. I described the actions of the immune system when it switches to inflammatory responses, but also these cd4 cells have another function, that is in the spleen and lymphatic systems and tissues where there is cellular debris. This is why in so called High HIV Viral load and or aids, we don’t detect as many in the blood, they are in fact doing their job.

So even though I feel fitter and healthier than at anytime in my life, I will address the high so called viral load (anti body load and cellular debris), by taking lots of natural anti inflammatories, polyphenols,antioxidants, destress, check out my dhea levels that act as a balance to high cortisol, use some ozone against infections, reduce sugars and carbs that also cause oxidative stress, and further reduce toxic heavy metals. For One month after my last test and before the next I started this process will have results , end of the week will update you.
email [email protected] I am not a medical doctor and everything here is research I am undertaking. Consult your physician but with suspicion.