Beliefs How They Affect Us. 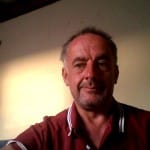 Beliefs are a powerful and curious driver of human behaviors. Luckily from about the age of six / seven I built an incredible belief that what ever I did I would always be alright. I had been an emotionally sensitive kid, Mum passing and other factors also being ill with respiratory illness. I had taken a lot of harsh negativity from my step mum at the time, she had her own kids and I was kind of there but not wanted and not liked. I hit a threshold at junior school I just couldn’t take anymore telling off, and when a teacher scolded me (quite rightly for talking), I had to stand up in front of the class and I told myself she was not angry at me but the Christopher behind me, I made myself believe it and it was awesome, I was no longer hated or in trouble. It made me feel powerful and in my child’s mind I kept telling myself that nothing could ever harm me from that moment on.

There are some old sayings, what the thinker thinks the prover proves, for instance I was told a new friend was very tight with their money, we all traveled to Brighton together, and I paid for the drinks, someone else the sandwiches, and this friend had paid nothing, we later went to a club, I noticed again someone paid for the drinks, and he finally offered when everybody had one. I thought ah yes I think he definitely is tight, but I had blocked out the fact that he had driven us, paid for the fuel, and for each of us to get into the night club, my thinker was my belief, and I consciously went out to prove my thinker right. In that moment m y thinker changed to how generous this man was, and then my prover kept pointing out every time he did something generous.

Beliefs are also about ourselves. If we believe we are not good enough, our prover will begin to mount evidence to keep showing us. Co Ceator of Neuro Linguistic Programming Ricahrd Bandler, once said, “Beliefs to many are not really thought about, yet many will die for one”.  People die in wars all the time for what they believe to be right, another person or a  countries population may have a different belief and it may not be compatible with theirs, and so a conflict happens.

Now back to my belief that everything would be fine what ever I did. I started playing dangerous as a teenager, hiding out in an old convent that was disused the other kids were afraid to go in , with known burglars using it as a stake out. I traveled to the USA at age of 20, I mixed with the drug gangs of Los Angeles, carrying thousands of dollars going down dodgy alley ways at night, I even got jumped by several trying to mug me, I pretended I had mental illness throwing my arms around shouting gibberish they ran off.  I have been held at knife point three times and even made jokes about it to the attackers, I have been threatened in New Orleans with a gun pointing at my head. I got taken by a Religious cult and escaped when they made it fairly difficult to do so. I have been surrounded by three huge sharks off the Mid western peninsula in Western Australia. I jumped off a boat into a river with five or more salt water crocodiles swimming right by us. I have traveled around the world so many times and each time I just knew whatever happens I was going to be alright. I do feel this resonated with the sharks and crocodiles, some Aboriginal tribes can swim with crocodiles and not be attacked but an afraid westerner would be ripped to shreds in seconds.

If somebody believes the world to be flat, the survival instincts would never allow them to take a round the world cruise for fear of falling off the edge of the earth.  The person would need not only their belief to be desensitized but also some evidence, like a film of the earth from space, talking to passengers who have already cruised around the world, only then could their anxieties be worked with and treated.

Beliefs are a bit like bags, they may contain many items, these items can be emotional memories traumas experiences that have built up to make the belief, a belief will help to protect them around these experiences, if bad to avoid them if good to re experience them. It is important for people who are wanting help with any of their limiting beliefs to not only work with them but also the emotional contents they hold.

I have studied beliefs in counseling, psychology, Neuro Linguistic Programming and with experts, yet also with different tools, like energy psychology techniques that lessen the in tensity of a belief so new evidence and new beliefs can come in. Energy Psychology works with the energy acupuncture points in the body that hold the emotional intensity, by far the most effective of these is Reflective Repattening which you can read about on chrismilbank.com . Other tools involve brain reflex points that allow the brain and mind to relax to new ideas and thinking.

I was asked to treat a lady who belonged to a very strict church, her religion was very important to her. She was very upset, as she had separated from her husband, and after many years found true love. The church did not accept, her new man and told her she was sinful, she felt deep shame hurt sadness guilt rage, she was trapped. I had her take her hands together like in a prayer, and touch two energy points on her face as she did so. I had her thin k of her problem for a few minutes, thus activating some emotional clearing. I then  said to her whilst she remained in prayer position, who makes the decisions at your church, she named the Vicar or priest, I then said who does he answer to, she named some higher ranking clergy, and I kept asking til we reached God as the ultimate say so on what is right and wrong, so I asked her in prayer position to tell God of her love,and ask him if it was okay to be in a relationship with this man, I told her the 1st message she got would be the one, she screamed out he said it’s okay, it’s good, I then asked her to ask God, what to do ab out her church, the reply came back change the church.  She changed the church and lived a very happy life with her new man. Her belief in God as the highest in command and of good, allowed that to overturn beliefs she had built up through her experiences as child and adult with parents and church. She had some lessening of the emotional intensity first through energy psychology points, and new ways of thinking were then absorbed into a calmer free’er mind.

chris has worked with thousands of people over the years teaching many seminars around the world, using a range of powerful tools and techniques to suit a wide range of different beliefs, conflicts emotional states and anxieties.