From All Bad Comes Good 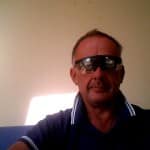 From All Bad Comes Good One of the RR Reflective Repatterning Laws of Opposites.

For many this may be a difficult concept to take on, yet it works both ways to. From all good comes bad.

Let me explain, everything in the universe has it’s opposite, light and dark, up and down, moving and still, fast and slow , good and bad, heavy and light, matter and anti matter, liquid and solid, dead and alive, hot and cold and so forth. None of these exist without the other. Opposites keep us and the world we live in, in balance.

If the world had only experienced good, we probably would just equate that with okay, but when we compare good to bad it makes good even better and bad worse. If in a good world it was so good purer than white that nobody ever lied, then a small lie like a child saying “Mummy I have tied my laces”, when he clearly hadn’t perhaps would be classed as the greatest sin in the land of only good, and would perhaps in their world warrant a very severe punishment. For all of our sake’s it is a very good job in that case that we have a balance of evil and very bad, because it makes the small thing of a bad lie, just a small lie, with probably a good intention. The very fact we have the extremes of good and evil make anything in between somewhere on the scale of very good, okay, and bad and very bad and evil. These opposites are like magnets and they all attract.

Magnets have a north and an opposite south pole, there are no magnets without the opposite poles, on these magnets you can be very north somewhat north half way between north and south, south and far south. Where there is a north there is always a south and vice versa. The magnetic energy runs from one end to the other.

So let us explore some emotional opposites happiness and sadness, anger and joy, shame and pride. These are generalised so do think of your own opposites.

Value opposites might be freedom versus trapped, honesty versus dishonesty, kindness versus selfishness to name but a few.

You are a magnet, you generate thoughts and emotions, thoughts attract what we are thinking good bad and mixed, sometimes we think of someone we do not put too much emotion to it and they call us or we see them, or we think of a certain car and we see them everywhere. Emotions are the opposite of thoughts and react differently in fact in an opposite way. What we emotionally want we push away, have you ever noticed how emotionally needy people push the very people away they are needy of. Yup this is like two magnets of both the same north pole or same south pole they repel each  other, they are emotionally needy of the others emotions, thus they repel. Many relationships end because of this.

You may notice top business people like Donald Trump Alan Sugar Carly Fiorina , to them business is business a contract is a contract it’s all about the money, and they don’t employ someone because they need a job “aww that’s nice” they employ them because they can do the job well. Their thoughts and intention and logic will attract good business, if they emotionally needed money because they feared debt or would end their trapped feelings etc they would attract debt more debt less business.

Wherever their is an emotion there will be a thought and vice versa, even if you are unaware, it will be there and will eventually surface as the magnetic energy goes from  one to the other.

Wherever there is an electrical field there is a magnetic field, one draws in the other pushes out. Opposites are everywhere.

So From all bad comes good , we have all heard about the sheer evil of Adolf Hitler he killed millions of Jews, because of that they got their own country Israel, politicians of the west created the country, yet bad came from that, land was stolen from Palestine and it caused major disruption in the Middle East. From here extremes of good coming from bad and bad coming from  good. World war two saw most of Europe in conflict as it ended many countries formed the Europena Union and those that did haven’t fought since, yet it created a large political largely unaccountable non democratic government, again from bad came good followed by bad. History see’s this everywhere in different intensities.

So what about our own personal lives, we may suffer a very bad time in our lives, yet it will  be followed eventually by a very good time, we go from very bad to less bad to okay to good and very good. Internally our thoughts and emotions affect others and the world externally, we are like tuning forks resonating with what is going on in and around us to those that we are closest too physically and emotionally by interaction and also connecting by thought. Sometimes people feel others are thinking of them, thought connects          people and things like a super highway. A bad day when bad things happen externally may trigger internally bad thoughts feelings, Princess Diana dying affected so many people that didn’t even warm to her the resonance was huge, same with other celebrities but also natural disasters too.

When a bad time happens it’s time to think that in the near future this bad time will magnetically attract and bring in a good time, magnets work like that and you are a magnet. Yet when a good time happens we must do the opposite and focus in the present and just enjoy it make the most out of it. A thought can repel another thought , an emotion can repel another emotion, yet even these we can play with magnetically by using opposite emotions and opposite thoughts

Magnets contain opposite polarities, the opposite of a polarity is neutrality an unconditional nice flow feeling whether good or bad happens, there is no neutrality without polarity, and vice versa. To have only neutrality wouldn’t help for survival, we wouldn’t cry as a baby when we needed food or feel bad in danger, Emotions and feelings help create thoughts, yet as we learn by these our feelings do not have to be so strong, logically we know to get food, not step over the edge of the cliff, or marry a serial killer. Negative thoughts and feelings will protect us from negative things, yet we don’t want to be negative about good things and vice versa of course.

Reflective Repatterning RR is an energetic treatment that treats and balances thoughts and emotions and balances polarities and neutrality, where you need it the most, this internal balancing brings an external balanc e and those around you and those that you thn of instantaneously benefit from this too. You do not have a button on the person you may want to change to change the, yet you do have the power in you to change yourself which changes the resonance of those that you connect with.

RR can help you magnetically repel what you don’t want and attract what you do want. We aim to lessen intense emotional neediness and rigid thoughts, with good intentions and logic of what we do want, with just enough good feeling to feel it’s right.